My picks from the itch.io Bundle for Racial Justice and Equality

Earlier this month, Itch.io sold a videogame bundle to raise money for racial justice and equality, with proceeds going to the NAACP Legal Defence and Educational Fund, and the Community Bail Fund. The amazing thing about this bundle is it included more than 1,700 games and projects - for a minimum $5 donation - a total bargain and no-brainer! But with so many games available, it can be hard to know where to begin. This post includes some of the gems I’ve found so far in the bundle.

In case you haven't heard of Itch.io - it's a platform for independent game developers and content creators to share and sell their work, and for videogame fans like myself to access an extensive range of unique and interesting gaming experiences. It's a great way to find different or more experimental games or subject matters that we maybe don't see much of in the Triple-A space (that is more well-known or bigger budget games that you see advertised on tv or on the shelves of your local game store).

Here are some of the games I’ve tried out so far - I still have soooo many to try, so if you have any tips, please let me know over on my twitter.

Signs of the Sojourner 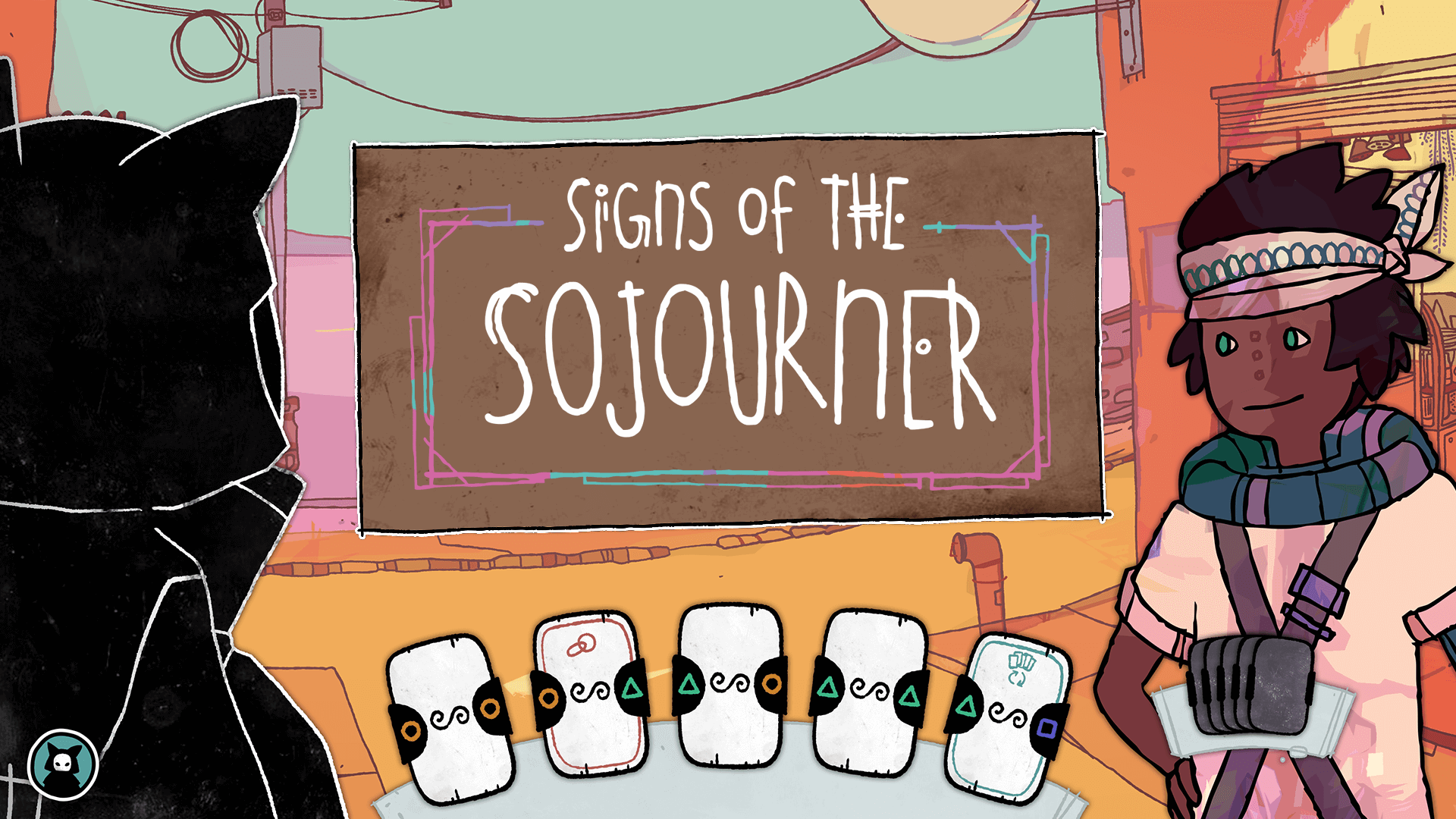 Deck-building games seem to be growing in popularity lately, possibly related to the success of games like Slay the Spire (which I love). Regardless, Signs of the Sojourner is a really unique and different take on card mechanics - it’s a heavily narrative-based experience focusing on a character who takes over their mother’s store after her death, and goes on a journey to acquire goods to sell in her store.

You use your deck of cards in conversations - a refreshing change from the usual combat-focused battles. Instead of trying to beat up your opponent, you are trying to have a meaningful conversation, understand their perspective, and find common ground. You do this by trying to match the symbols on your cards with the cards they place, unlocking more cards as you go - and more importantly meeting a range of characters, discovering new locations and learning more about your character and how they relate to others.

Honorable mention for the amazing soundtrack, and the stylish graphics. One run through this game took me about two hours although it lends itself to multiple playthroughs where you can make different choices and explore different destinations, so I’ll definitely be picking it up again. 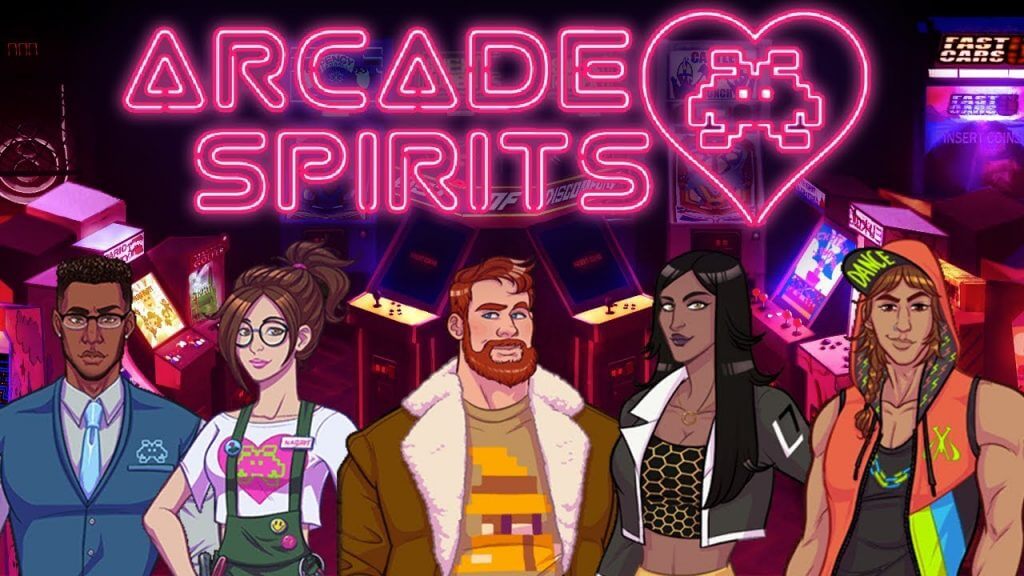 Visual novels are a genre I find myself dipping into on occasion - sometimes they can feel too slow for me, but it depends what mood I’m in and on the subject matter. When I saw the titular subject matter of Arcade Spirits, my interest was piqued because I love anything to do with arcades - the old-school vibe, the nostalgia, and their importance in videogame history. If you haven’t played a visual novel (or you’re not sure if you have), they have a strong emphasis on reading but also exploring different locations, different backdrops and talking to different characters. Depending on the visual novel they may have choices to make in terms of dialog or where to visit (you may be familiar with the Ace Attorney series, which aside from the courtroom gameplay is partly visual novel with a focus on dialog with characters).

Arcade Spirits puts you in the role of a character who you name and customise, with a few options for things like hair style or skin colour. The customisation isn’t super extensive (I think there are only three hairstyles) but it’s nice that it’s there as it does get reflected in every scene going forwards. You pick your pronoun (she, he, or they) and I love seeing this more inclusive option as opposed to the oft-used “male/female” choice - it’s great to see games not limit their players to fitting into narrow boxes when making a character that represents themselves. Inclusivity = awesome.

The game is set in the year 20XX in an alternate timeline where arcades are still super popular (I wish this happened!!) and used for esports as well as the usual trips with friends and family. Your character gets a job at the arcade, and the game then allows you to play how you like, befriending other characters and deciding what to do in various (often amusing) situations. You can pick if you want the game to include romance options, or just friendship options, and following that you will make choices that relate to a certain personality trait, in order to shape your character and what happens to them. For example some dialog options will be “quirky”, “gutsy” or “kind”. You can also choose to see which dialog option relates to which, or just play blind and see what kind of person your character ends up being.

I haven’t finished the game yet, but I’ve played a couple of hours, and I really enjoy it so far. The writing is good, and the characters seem varied and interesting. I love the outspoken female eSports star, the girl who dresses as the arcade mascot but is an avid cosplayer who makes her own costumes, and the rich kid who spends all his time and money playing on this one arcade machine. It’s fun that you can choose who to hang out with, and the dialog choices make it feel like you’re guiding the story - although I am yet to see how all of my choices effect the end result.

If you like arcades, neon, and not being tied to one gender or sexuality in your gaming options (because - booooring!!) - give Arcade Spirits a look! 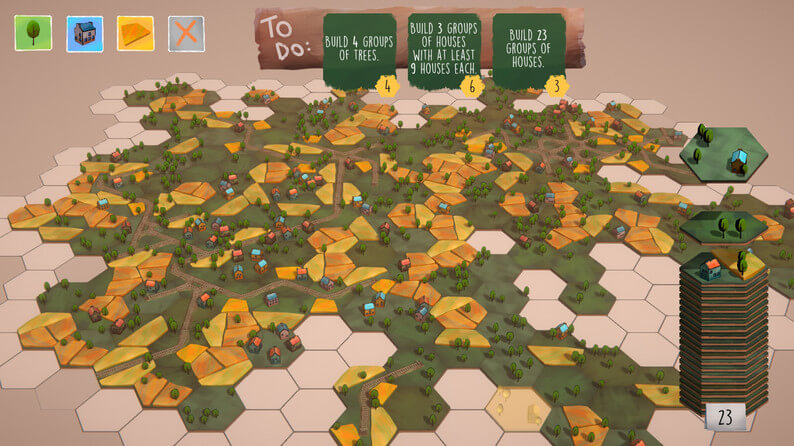 Dorfromantik (not to be confused with Dwarf Romantic) is actually still in development, and the game included in the bundle is a prototype of where it’s at right now - but I honestly have high hopes for this game, as I enjoyed playing the prototype despite the fact that it’s unfinished.

In the game you have a pile of hexagons (which may make you think of a boardgame like Catan or Takenoko), and the objective is simple - you just lay tiles in order to build up an area filled with villages, trees, and more. You are given three objectives at the top which you are trying to achieve, and when you do so you gain points, and each objective is replaced with a new one as you continue. For example the first one may say “build four groups of trees”, or “build two groups of houses with at least four houses each” - these objectives guide you as to how to build up your board and try to get as many points as you can. It’s really very simple but satisfying to see your land build up and see the appearance it takes on as you score points. Some tiles include railway tracks - and anything with railways gets +10 points from me to be honest! The little touches and details really add to the quaint appearance of the land you are building up.

The graphics are lovely and it really does look like a digital board game of a miniature land. At present there is no soundtrack, but I assume the devs will be adding that in future. Also the game just ends when you’re out of tiles - again something I’m sure is being worked on. It’s easy to see how the game could get even better - with scoreboards, personal goals, challenge modes. I feel like there’s a lot of potential as the game is worked on, so it’s well worth keeping your eye on - and even in its current state, makes for a relaxing little experience. 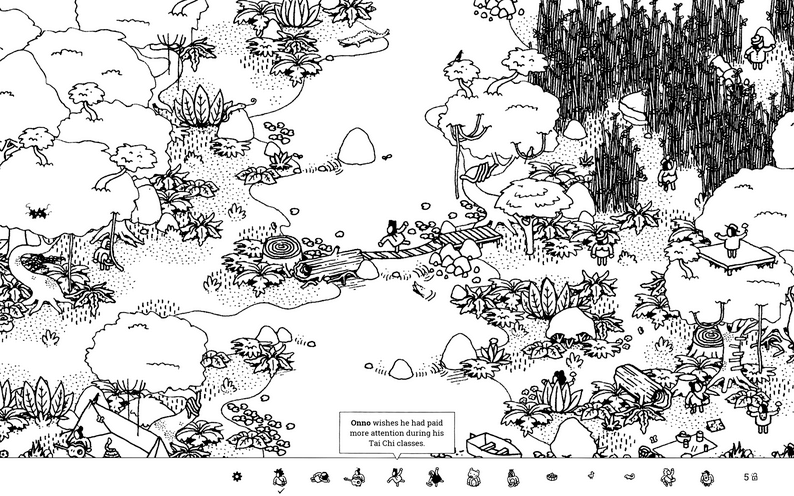 The bundle wasn’t the first time I had heard of this game, but it’s the first time I decided to give it a go - and I’m glad I did! The game basically consists of large, detailed hand-drawn areas, and well - if you’ve ever read a “Where’s Wally?” (Or Waldo) book as a kid, you’ll get the idea. You are hunting for “hidden folks” in various predicaments. One reason I didn’t try this game previously is that I wasn’t sure about the black and white art style - and also I wasn’t sure if my eyes would appreciate this kind of game as a digital experience.

I was pleasantly surprised and got quite hooked with trying to find the characters. For one thing, the scenes are really interesting and nice to look at despite the monotone appearance, and additionally I really enjoyed interacting with them. I knew that clicking elements would make stuff happen, but before I played I felt it might make it more difficult, but I actually found this aspect alone to be a lot of fun. There are lots of funny and silly sounds when you “poke” things, and it gets pretty addicting to just explore the scene and poke stuff, haha. The art style is very cute and quirky and the sounds reflect this too. I particularly enjoyed trying to find people with the descriptions, as that was one of my favourite parts of the Wally books. For example “A man who is annoyed by a bee”, or “a girl who is pretending to be a bear”, just things that make you look a bit closer.

Eyestrain could still be possible after a while, buuuut - that might just be me being old! You can zoom in, and pan around, and it makes it a joy to hunt for folks. I recommend trying this out, it really is fun!

The above games were my favourites from the ones I tried so far, but here are some others I also tried out! This is still such a small number out of the 1,700 total, so again let me know if you have recommendations over on twitter!

These are ALL in the bundle, and I recommend checking them out!! I just.. didn’t get to them yet, because too many games ;)

Good on itch.io for doing this bundle and to all the developers involved - they ended up raising more than 8 million dollars which is amazing.

If you missed the bundle, don’t forget you can still donate to community bail funds or write to your MP (UK link) to show your support for racial justice and equality. Black lives matter - so let’s all keep trying to do our bit where we can <3 Happy gaming!